How we found our Home in Thailand 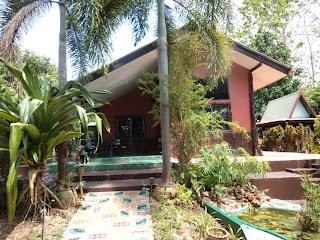 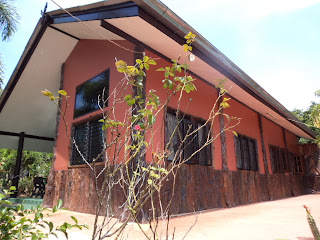 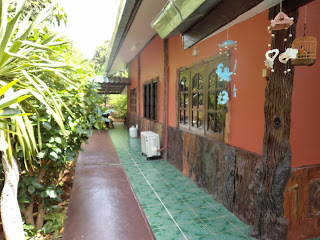 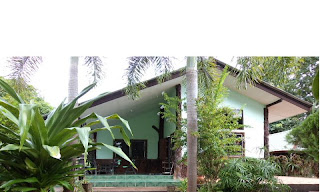 Posted by Malcolm and Ciejay Burgess at 2:03 AM 5 comments:

Retirement and planning and money matters

RETIREMENT and MONEY Money frees you from doing things you dislike. Since I dislike doing nearly everything, money is handy. -Groucho Marx "Early to bed and early to rise -- till you get enough money to do otherwise. www. One thing I learned about retirement very quickly was that you needed money and lots of it , and that there is no retirement fairy that comes along and zap 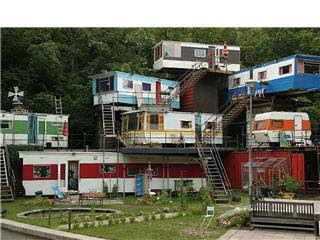 s you on the head with her or his magic wan and says "now you are retired, do what you want when you want and where you want." Retirement as I have already said" takes money", and you have to plan to save it ,retire from a job that gives you a pension , win the lotto, sell a business, marry someone rich ( if single) inherit from rich relative , or as I did start drawing your SS check when you reach the ripe ole age of 62. And at 62 the check is not enough to live on and especially if you have a wife , which I had when I reached retirement age .I took a look around me and and at my SS check and I knew that with that amount of money coming in every month, that there was no way we could live in our present location . My brother lived in Tennessee and offered to let us build a small house or put a trailer, or manufactured home on a little piece of land on his property and we went there to check it out , I loved the idea of being close to my brother and living in the country, but Ciejay just did not like the area, and expressed that she did not think she would be happy ( and her happiness was very important to me ). I think we could have lived there on my SS check (bearly getting by), with the amount of MONEY we would have coming with each check . I could do like a lot of folks that say they are retired and work another full time job just at a different company or they get a part-time job and their wives get one too , Soooo they say they are retired , but in reality they are working just as much as before , just drawing their SS check, (selling the house that they bought for twice what it was worth (when the banks were loaning money to anyone that breathed and had any credit (good or bad) young or old )moving to a different location , most of the time only renting and to a warmer climate and calling themselves retired, with the MONEY they had saved (if any) and the MONEY gotten from the sell of all the things they had collected over the years , the yard and garage sells, and their SS checks . All of this adding up to the Money that it takes to retire. If you don't have the Money or a way to get it, then you really can't retire and will have to work till you drop dead , paying for that new car and big house that you bought and really didn't need in the first , but you have no choice because nobody will buy that used car , not even what you owe on it and the house that you bought for $250,000 dollars, now with the collapsed housing market is worth half what you paid for it , and no one wants to buy it because you owe more to the bank than it's worth , but you still have to make the payments because the banks want take it back , or file bankruptcy, Which means your. credit is ruined and you can never buy anything on credit again ( the thing got you into this mess in the first place ) which means you can't retire , Because to retire takes Money. I hope you have thought about these things way before it's time for you to retire and have started to save as much as you can every month and started living a little more frugal that you did before you started getting close to your golden years, and remember , when you retire you want need all those TOYS and THINGS you spent your hard earned Money for , Heck most of them you 'll be to old to play with anyway , get rid of them!!!!!!! Now!!!!!! while you still can .When you wait till retirement time , folks know it and will try to steal them from you , remember their not retiring you are and your down sizing is their Wind -Fall. It's all about Money yours and theirs. When we (Ciejay and me ) retired,in 2004, we had not been married bur two years and I had never saved a penny in my life and had no thoughts of retiring at all , I planned on working till I dropped dead, but when I meet Ciejay all that changed and I wanted to spend all my golden years with her , laughing , loving and enjoying life and the blessings of the Lord to the fullest, and that did not include working every day from dawn till dark, 6 or 7 days a week and not even a part-time job, but how to do this was the problem , because as I stated in the first of this post it takes Money and that was something I didn't have much of , and very few toys to speak of .And as I said before there was just noway I could see us retiring on our small SS check . I know that there are lots of folks in the same boat we were in and are wondering how they can retire and enjoy their golden years ,and not have to work themselves to death . I hope they have a plan and the MONEY to make it work, I didn't , BUT----- God did and in my next post I'll tell you all about it , this post is getting way to long and I don't want to loose any one along the way , stay tuned for the next post . Malcolm ps: I know some folks will not agree with the things I have said ,BUT some will relate and these are the folks I hope this post gives a little inspiration to.
Posted by Malcolm and Ciejay Burgess at 1:20 AM 4 comments: