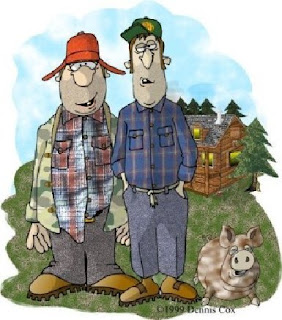 I know you've heard the ole saying "been there , done that ". well, I'm reminded of a song that a group of young men from Australia sang in a church service that I was in in Alaska in 1968, one of the lines was like this " I've been a lot of places and I've seen a lot of faces , but there's still a lot of things that I want to do ."They were know as the Gospel Firebrands .And I never forgot those words and I have tried to cram as much places and as many faces into this life of mine that I could . but at 76, I find that I have still come up short of all the things I want to see and do and some faces that I want to see before I leave this old world. I guess that was the idea behind the hit movie The Bucket List , staring Jack Nikelson and Morgan Freeman, two ole farts each dying of incurable diseases, and each regretting , that there were things that they always wanted to do, so they made up a list and set about doing and seeing all of them they could before the kicked ,THE BUCKET, so to speak.

"I've been there and done that", we hear people say that all the time ,and if they were really truthful about half of the time it's just wishful thinking and not reality. and the same goes for me . I think sometimes we all embellish the truth , when we are together with old and new friends and sometimes it gets into a Bigger , Better, Best contest and pretty soon a little exaggerating here and there, and down right tell of lies. Ever happen to any of you ?, be truthful now

I lived in Alaska for 25 years and there are two kinds of folks in Alaska , sourdoughs and cheechakos, the later being simply put , a newbie or a new comer to the last frontier , and life ain't easy being a tender foot in this great frontier land,and to be a full fledged sourdough you had to do three thing before you could claim this right of passage .Everyone after all those years of living there considered me a Sourdough ,and all thought for sure that I had done them all.

Well, before I die, I want to take a pee in the Yukon River , I want to walk , not just see , but walk on the Great China Wall, I want to go Camping in the Out Back of Australia, I want to float down the great Amazon River,I want to fly a ultra-lite airplane, I want to hang glide off a mountain top somewhere in Thailand or (anywhere). And last ,I want to get together with all my ,Sizzler, buddies face to face , and swap life's stories.

I'm not dying of any incurable disease that I know of, and I don't have one foot on my the grave and one foot on a banana peel as they say, and I'm not quite over the hill yet(getting close to be sure ),But from time to time I do find myself making a mental list of things I would like to do., call it a Bucket List , if you want to , I just hope I'm a long ways from kicking it yet.

But, if Ciejay has a say in any of this ,about as far as I will get will be out to the Hammock and with my mind and thoughts in the clouds over Wang Pho ville, and not in a ultra-light or a hang glider . So don't bother looking up.

Maybe , just maybe , I can skip down to the very bottom of my list and and get to see a Buddy or two, anyway I hope so. Malcolm
Posted by Malcolm and Ciejay Burgess at 7:34 AM 2 comments: