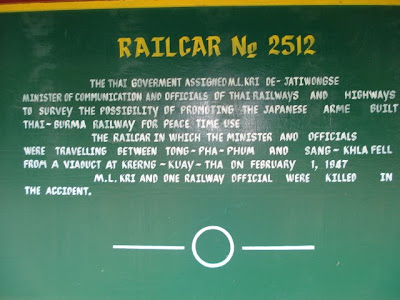 A STORY OF INTEREST FOR THE TOURIST TO WANG PHO 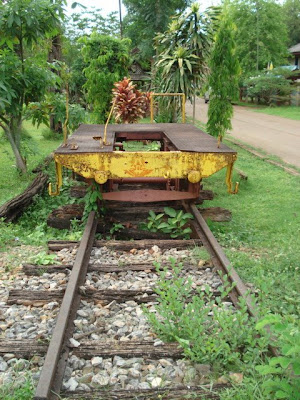 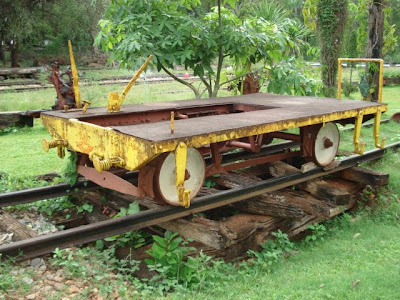 THE RAILCAR OF DEATH 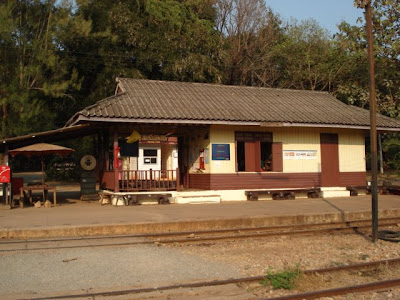 OUR TRAIN STATION AT WHANG PHO 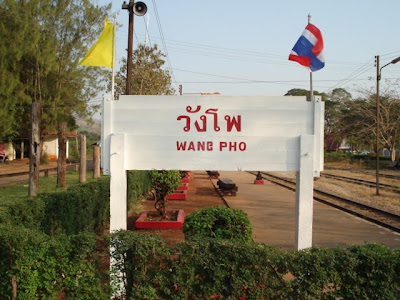 There has been lots of books and articles written about the famous Bridge on the River Kwai and the Thai-Burma Railway built by POWs and a lot of Asian slave labor , during the Japanese occupation of Thailand during WW II , or as the books and the tourist call it the Death Railroad .After the war the Thai government assigned the officials of the Thai railways to explore the possibility of using what was left of the Thai -Burma railroad for use during peacetime as a means of transportation for the Thai people. One of the little know facts is that it was a death railroad in war and in peace, as some of the inspectors were killed in a tragic accident while inspecting one of the viaducts, I'll let the pictures speak for themselves . I hope you remember these folks too ,when you think of the railroad or when you take a ride or visit the site. Just a little know fact your information . Malcolm

Posted by Malcolm and Ciejay Burgess at 2:36 AM

Is Wang Pho near Khanchanaburi?

Camille , wang Pho ids in the Ampor of Sai Yok ,just 55 kl. up the road from Kanchanaburi , in a huge fertile valley at the foot of a long mountain range and on the River Kwai . we are in between the big death rail road viaduck seen in a lot of pictures and hell fire pass Malcolm

First a big hello from Martyn and Wilai to Wang Pho.
Very interesting post with facts that I'm sure are relatively unknown. With the Thai's fascination with ghosts then this railway must be an attraction as much to Thai's as falang. I'm hoping to board the Ghost Train with you , Ciejay and Wilai sometime September.