GOOD RULES TO LIVE BY 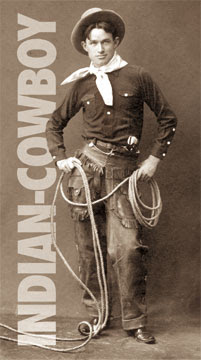 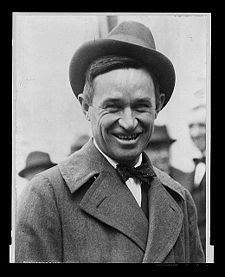 Will Rogers , All American- Cherokee Indian, His father was a judge and a senator and one of the writers of the Oklahoma Constitution, His Mother Mary American Schrimsher Rogers was descended from a Cherokee Chief ,he was truly an All American Indian and American Cowboy.

WILL ROGERS---- He was always one of my favorite real life cowboys and he like Ben Franklin and Mark Twain are remember for some of his funny quotes and humor. I hope you enjoy reading them .Malcolm
Will Rogers used to say, “My ancestors didn’t come over on the Mayflower, but they met the boat.” Will was proud, button-poppin’ proud, of his Indian heritage. His father, Clement Vann Rogers, was a Cherokee senator and judge who helped to write the Oklahoma Constitution. Mary America Schrimsher Rogers, Will’s mother, descended from a Cherokee chief, easily mastered modern society, music, literature, etiquette and good humor. Trained by a freed slave to rope and ride, Will became a hard-riding Indian-cowboy. He rode the range and joined the long, dusty cattle drives from Texas to the Kansas rail heads. His physical prowess in precisely and expertly flipping heavy rope coils demonstrated his training, fitness and strength. And it was with that same deft touch with a lasso that he created a top vaudeville and cinema persona, “The Cherokee Kid."

from a site on the WWW.

Will Rogers, who died in a plane crash with Wylie Post in 1935, was probably the greatest political sage the USA has ever known. Enjoy the following Quotes about how to live your life, I think some good advise for Most of us. Me again


1. Never slap a man who's chewing tobacco.
2. Never kick a cow chip on a hot day.
3. There are 2 theories to arguing with a woman...neither works.
4. Never miss a good chance to shut up.
5. Always drink upstream from the herd.
6. If you find yourself in a hole, stop digging.
7. The quickest way to double your money is to fold it and put it back in your pocket.
8. There are three kinds of men: The ones that learn by reading. The few who learn by observation.The rest of them have to pee on the electric fence and find out for themselves.
9. Good judgment comes from experience, and a lot of that comes from bad judgment.
10. If you're riding' ahead of the herd, take a look back every now and then to make sure it's still there.
11. Lettin' the cat outta the bag is a whole lot easier'n puttin' it back..
12. After eating an entire bull, a mountain lion felt so good he started roaring. He kept it up until a hunter came along and shot him. The moral:When you're full of bull, keep your mouth shut.
Posted by Malcolm and Ciejay Burgess at 12:25 AM

Haha loving the fantastic quotes... I will need to commit these to memory for future reference!

Those are some of the best quotes ever. Each a gem, well, except I learned not to kick a cow pie in the sun a long, long time ago. Ruined a sneaker or two.

Too bad people who "find themselves in a hole (do not) stop digging."